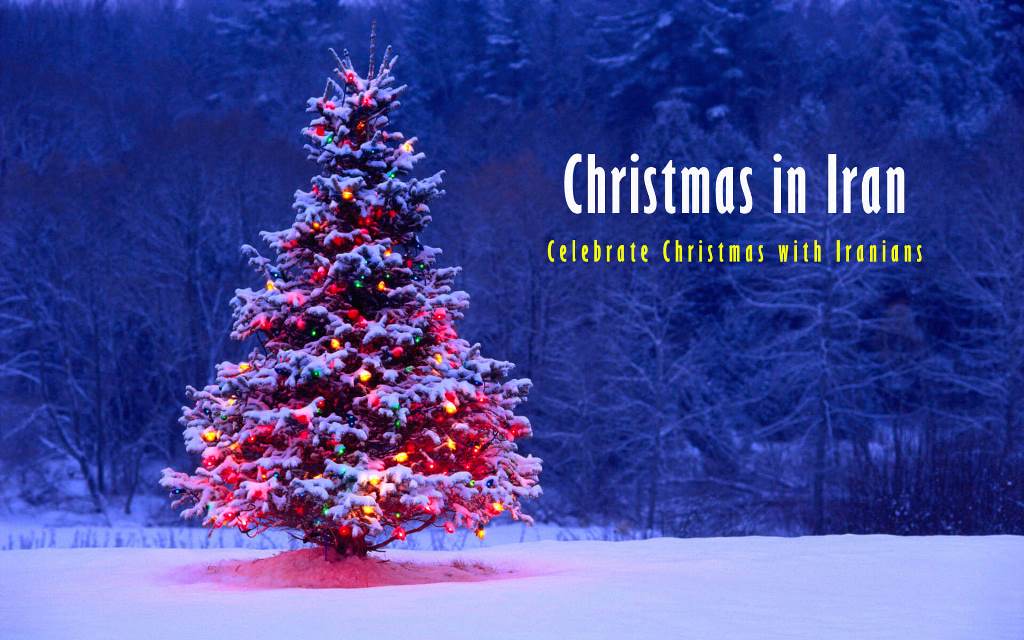 In the last days of December, the Yalda Night enthusiasm fills the streets of Iran. But this is not just Yalda that brings excitement to the streets in the early days of winter. The birthday of Jesus and New Year’s Eve is another happy event that changes the city’s face.

Interestingly, some pieces of evidence show that Christmas might be originated from the Iranian Yalda night celebration. Accordingly, charismas and Yalda have common symbols such as decorated trees (which do not exist in Yalda anymore), reddish theme, etc.

How do Iranians celebrate Christmas in Iran? 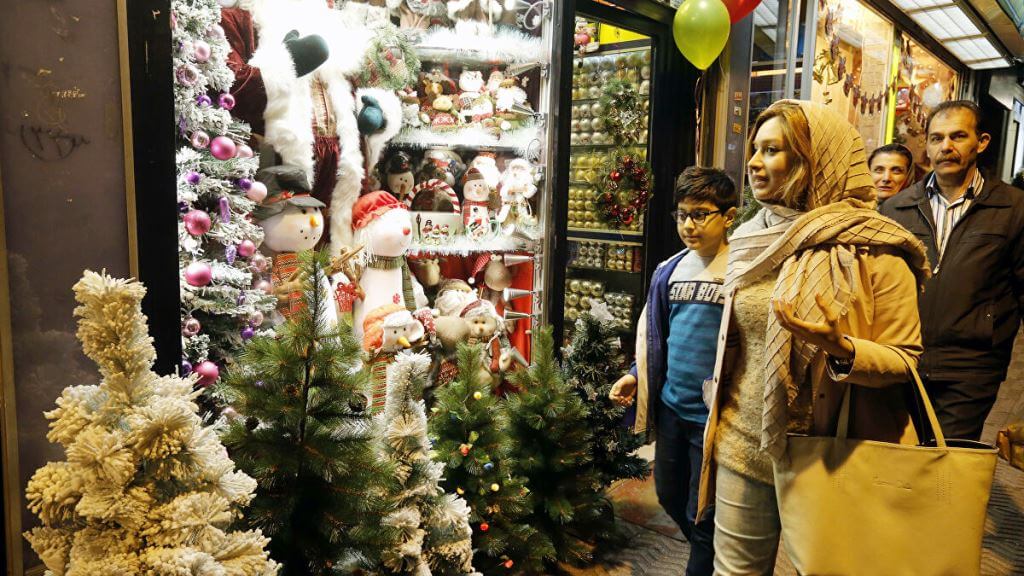 Although Islam is the official religion in Iran, Christian Iranians (called Armenians) celebrate Christmas like other countries in the region. Currently, about 350,000 Christians live in Iran.

Most Iranian Christians live in cities such as Tehran, Urmia, Tabriz, and Isfahan. They fast from December 1 until Christmas and do not eat meat, eggs, milk, or cheese during this time. However, Christmas is not a public holiday in Iran. 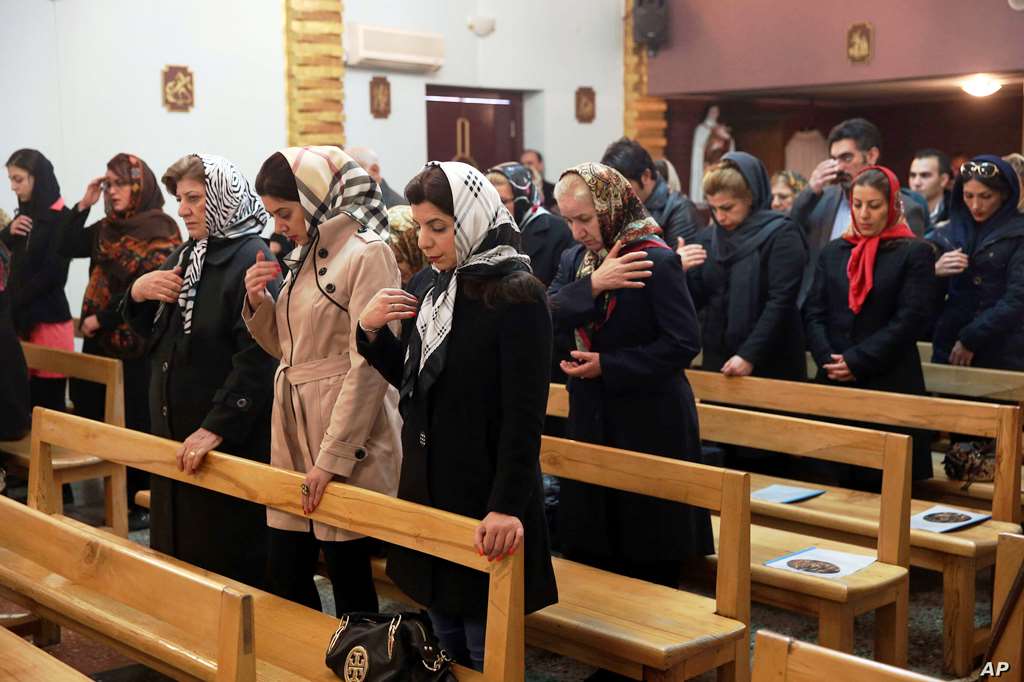 Iranian Christians are divided into two groups, Armenians and Assyrians, whose Christmas rituals are different.

The Assyrians who lived in ancient Iran converted to this religion from the beginning of Christianity. Like most Christians around the world, they celebrate December 25 as the birth anniversary of Jesus Christ.

Assyrian Christians fast from December 1 until Christmas day and do not eat meat, eggs, milk, or cheese during this time.

Another noteworthy point is that unlike all Christians who consider January 1 as the beginning of the new year, the Assyrian New Year is on April 21 or 22 and coincides with the Iranian Sizdahbedar.

On Christmas Day, most Christians celebrate with their family members in churches. They hold Christmas parties, decorate the Christmas tree, dress up in new clothes, receive gifts, and go to church for Christmas ceremonies. Since the Christian community celebrates Christmas in Iran every year, the atmosphere has been transferred to other Iranians. So, many stores in Iran welcome their customers with the theme of Christmas, especially in Tehran and Isfahan.

In addition to shops, many luxury hotels in Tehran, such as the Espinas Palace Hotel, which usually has Christian and international guests, welcome the celebration with gorgeous decorations.

To participate in Christmas celebrations in Iran, you can visit the Armenian neighborhoods in cities such as Tehran, Isfahan, and Tabriz at the end of December. Pine trees decorated with colorful spheres, red-clad Santa Clauses, the bustling shops selling Christmas decorations, and illumination in Armenian neighborhoods are all elements that convey the feeling of Christmas celebration in Iran.

Notably, the Christmas holiday is the most important in the world when in most countries, tourist services’ price rises drastically. But, Christmas is not a holiday in Iran, and it is also during the low season (winter in Iran). So, the travel Iran travel cost during Christmas is lower than in spring or fall; the chance that you will not have in other countries.

In the last days of December, if you visit the Armenian neighborhoods of Tehran, such as Majidiyeh Neighborhood, Mirzai Shirazi St., Sanaei St., and Ostad Nejatollahi St., you will be thrilled to see the excitement of approaching Christmas. The colorful shop windows are decorated with shiny Christmas decorations and gorgeous pine trees.

In these Armenian neighborhoods of Tehran, you can see tracts pasted behind the shop windows, announcing the time and place of their celebration and live music. You can participate in the best Christmas ceremonies at Ararat Club in Ararat Neighborhood, where the best Armenian bands perform. Besides, they set up a charity bazaar (with a special treat and fine crafts). MOreover, in the Ararat neighborhood of Tehran, you can find important tourist sights such as the Armenian Castle, Minas Church, and the Armenian Cemetery.

“Lord” Confectionery Café on Villa Street is also one of those places that smell like Christmas and new year with its delicious and fragrant donuts and sweets. A few hundred meters away, Sanai Street become colorful and eye-catching thanks to the presence of Santa Clauses, artificial green pines, and the glamor of the shops. Everyone is busy shopping for the New Year.

Finally, St. Sarkis Cathedral on Ostad Nejatollahi Ave is one of the most important centers where Armenians gather and celebrate Jesus Christ’s birthday. 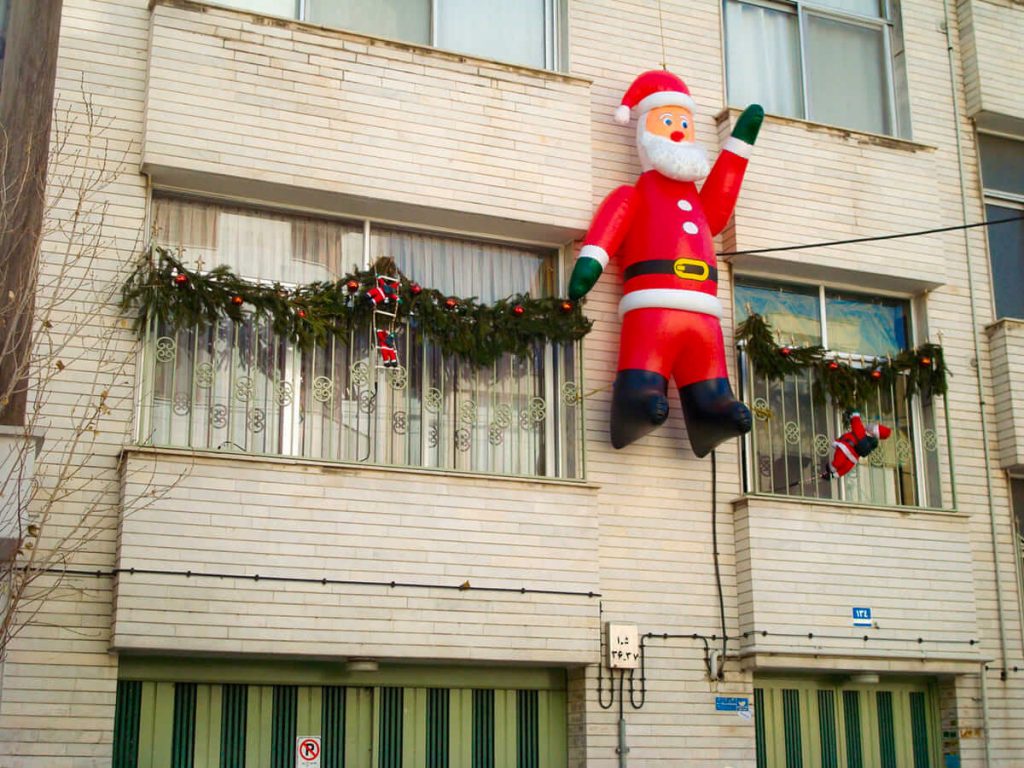 The life of Iranian Christians in Isfahan also has the color of Christmas on the first days of the year. Since the time of Shah Abbas in 1014, Armenians living in Isfahan from Jolfa (Julfa), located on the Aras River banks, have migrated to Isfahan. In memory of their former homeland, they named their new neighborhood “Julfa.”

Julfa district, housing some Isfahan attractions, is a popular tourist zone which is much busier and more beautiful during Christmas; You can not miss visiting there.

Isfahan Armenians go to Isfahan’s historic Vanak Church in the Jolfa neighborhood to take photos with Santa Claus and the Christmas tree. Moreover, New Year celebrations are held in this church every year at midnight on January first. In addition to Vank Cathedral, you can also find Christmas signs in Bethlehem Church in Isfahan. 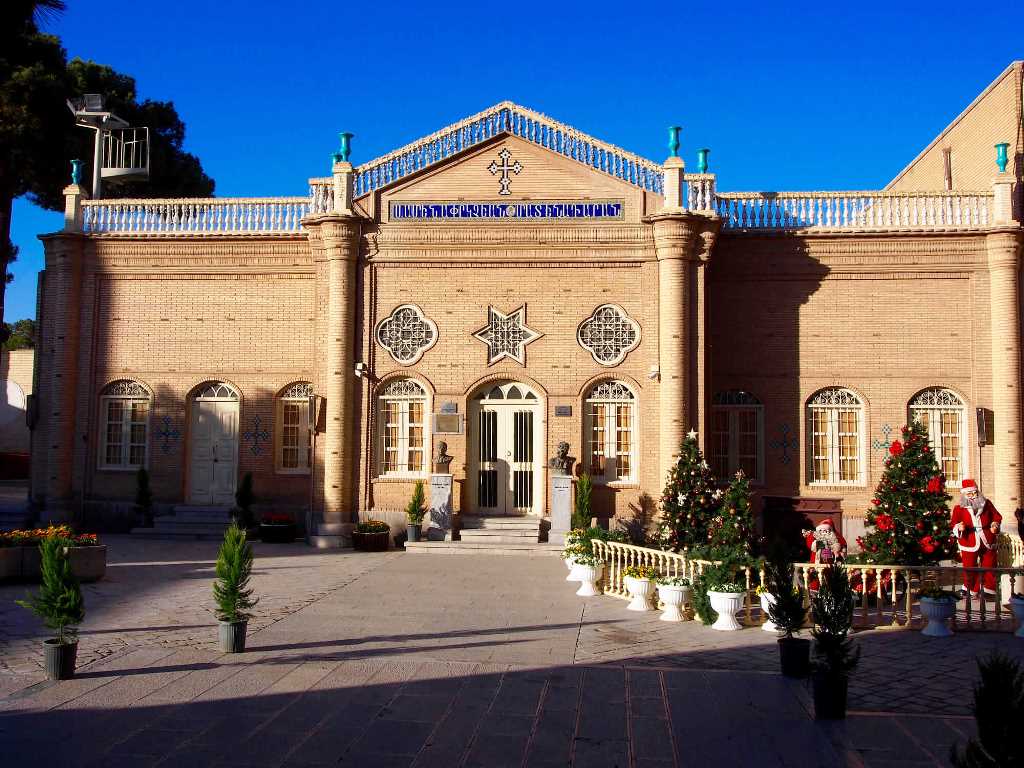 Due to its proximity to Armenia and Christians’ abundant migration throughout history, Tabriz has welcomed thousands of Christian citizens. Most of them live on Shahnaz (Shariati) Street.

Now, Tabriz is one of the cities of interest to Armenians and houses many beautiful old churches. These churches are among the popular Tabriz attractions.

Like other parts of the world, the Christians of Tabriz celebrate Christmas, and on Christmas Day, the streets take on the color of Christmas.

Among the churches in Tabriz, we can mention the Evangelical Church, where the Assyrians living in Tabriz hold their religious ceremonies in Assyrian, Persian, and English. Another church used for Catholic ceremonies and celebrations is the Catholic Church in the Myarmyar neighborhood of Tabriz.

Besides, Saint Mary Church at the end of Shariati Street is one of the largest and oldest Christian churches in Tabriz. Notably, the great national religious ceremony of the Armenian Apostolic Church is held in this church.

Other churches in Tabriz include Maryam-Na-Na Church, the Protestant Church, and Saint Sarkis Church. 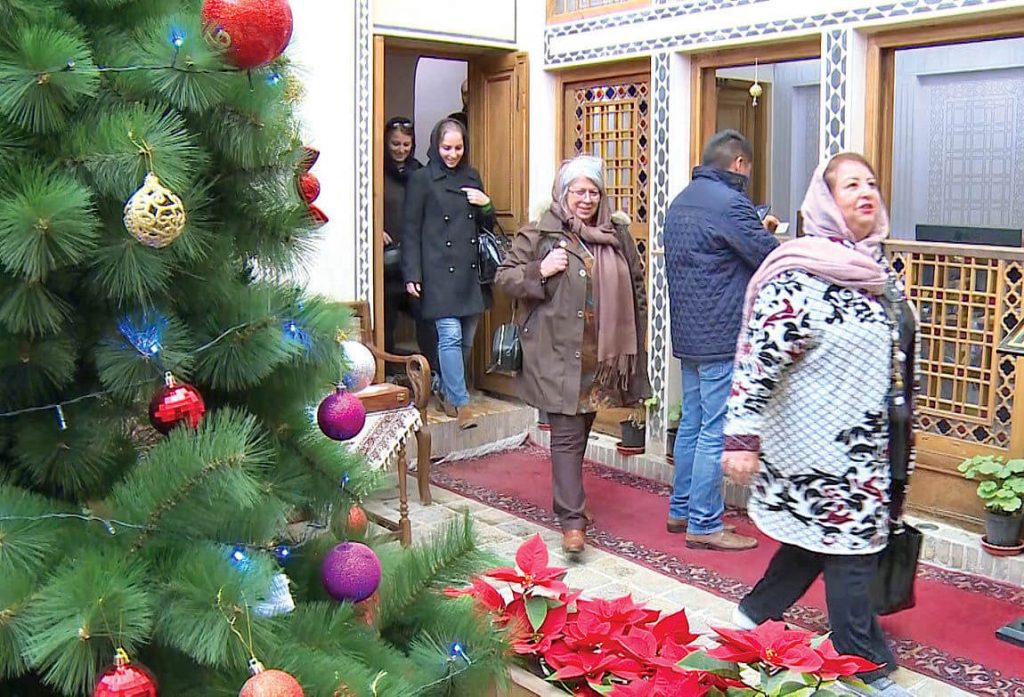